Faces of St. Andrew’s - Come As You Are 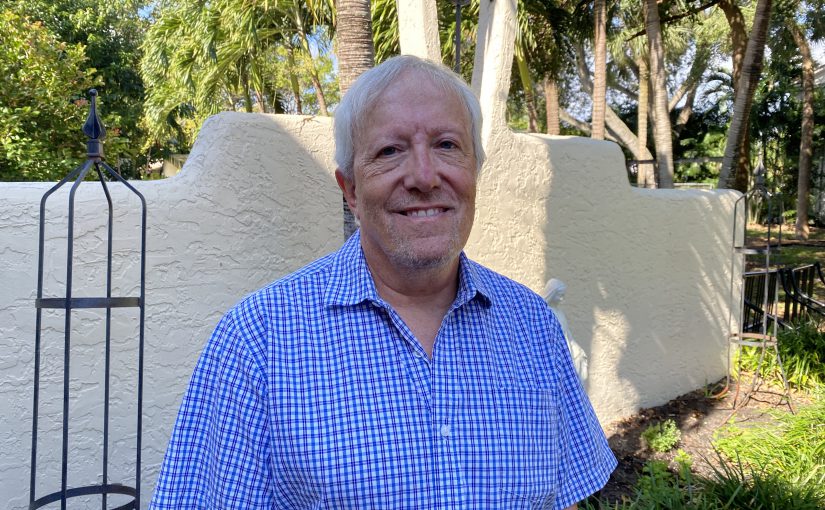 Ben Lowe’s passion for history was evident at a young age. Growing up in the Baltimore area, his family often traveled to historic sites. “They would have to tear me away, I was thoroughly engrossed,” he says.

Fast-forward, Ben earned his undergraduate degree in history and political science followed by a master’s degree in European history from the University of Missouri. “While I was there, I got interested in intellectual history—the history of ideas, including constitutional history in 17th Century England,” he says. After teaching high school, he attended Georgetown for his Ph.D. in early/modern European history with a focus on the Reformation. “At the time, I lived in the Capitol Hill neighborhood,” Ben remembers. “The location provided close proximity to a lot of interesting places in and around Washington, D.C.”

A teaching position at Barry University in Miami brought him to Florida in 1990. Three years later he accepted a position in the history department at Florida Atlantic University (FAU). He’s been there ever since, and currently chairs the department. He is also the author of two books: Imagining Peace and Commonwealth & The English Reformation.

He and his husband, Benoit Mailloux, have been together since 1999. Residents of Boynton Beach, they began attending St. Andrew’s in 2002.

“I was looking for a gay-friendly church,” says Ben. He read that St. Andrew’s was an open-and-affirming congregation and had an Integrity Chapter. “I had been attending a Congregational church, but I’d become more Episcopalian in my thinking. This was an important time for the Episcopal Church. Lots of changes going on—Gene Robinson had just become the church’s first openly gay bishop.”

“Everyone at St. Andrew’s was extremely welcoming and open-hearted,” he says. “Since joining, I’ve served on the Vestry, was the Convener for Integrity, and Benoit taught Sunday School. “Being an historian of the Reformation, the Protestant-aspect of the service attracts me—there is more emphasis on developing a personal, meaningful relationship with God.”

Ben feels St. Andrew’s Rector, Rev. Cori Olson, really brings this message home in her sermons. “I really love her sermons,” he says. “She does a great job taking the Gospel and showing us how it can help us grow and learn. Plus, she is very down to earth, there’s no pretense—what you see, is what you get. It’s refreshing. We are so lucky to have her!”

Ben sees St. Andrew’s as a big tent of acceptance. “To be a member here, you don’t have to fit into a ‘type’ or feel like you have to adopt a persona. Just come as you are.”

What is your favorite hymn? “A Mighty Fortress is Our God” by Martin Luther

What is something not many people know about you? I play the piano.

Do you prefer singing in the shower or your car? I sing in my car.

What service do you usually attend? Saturday, 4:30 p.m.

How would you St. Andrew’s in a word or phrase? “Come As You Are.”