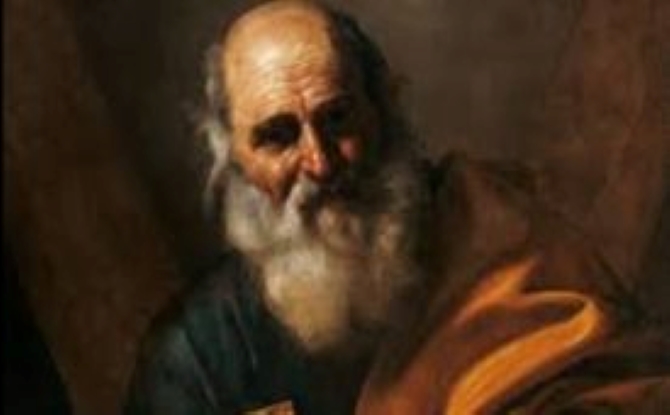 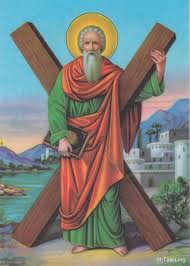 Andrew was Saint Peter’s brother and was called with him. “As [Jesus] was walking by the Sea of Galilee, he saw two brothers, Simon who is now called Peter, and his brother Andrew, casting a net into the sea; they were fishermen. He said to them, ‘Come after me, and I will make you fishers of men.’ At once they left their nets and followed him” (Matthew 4:18-20).

John the Evangelist presents Andrew as a disciple of John the Baptist. When Jesus walked by one day, John said, “Behold, the Lamb of God.” Andrew and another disciple followed Jesus. “Jesus turned and saw them following him and said to them, ‘What are you looking for?’ They said to him, ‘Rabbi (which translated means Teacher), where are you staying?’ He said to them, ‘Come, and you will see.’ So they went and saw where he was staying, and they stayed with him that day” (John 1:38-39a).

Little else is said about Andrew in the Gospels. Before the multiplication of the loaves, it was Andrew who spoke up about the boy who had the barley loaves and fishes. When the Gentiles went to see Jesus, they came to Philip, but Philip then had recourse to Andrew.

Legend has it that Andrew preached the Good News in what is now modern Greece and Turkey and was crucified at Patras on an X-shaped cross.

As in the case of all the apostles except Peter and John, the Gospels give us little about the holiness of Andrew. He was an apostle. That is enough. He was called personally by Jesus to proclaim the Good News, to heal with Jesus’ power and to share his life and death. Holiness today is no different. It is a gift that includes a call to be concerned about the Kingdom, an outgoing attitude that wants nothing more than to share the riches of Christ with all people. 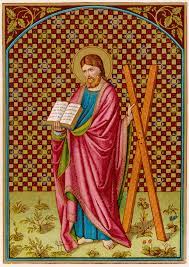 Saint Andrew’s Day, also called the Feast of Saint Andrew or Andermas, is the feast day of Andrew the Apostle. It is celebrated on November 30.

Saint Andrew’s Day is Scotland’s official national day. It has been a national holiday in Romania since 2015.

Join us for a special coffee hour in honor of St. Andrew this Sunday, December 5 following the 10:00 a.m. service.

Have a suggestion or want to be featured as a “Face of St. Andrew’s?” Contact the church office at standrewslwb@gmail.com or call 561-582-6609. 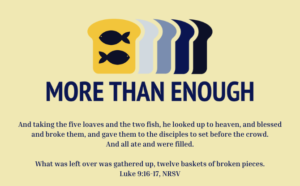 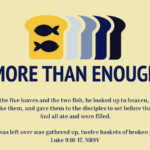 As promised, here is the online Pledge Card for...