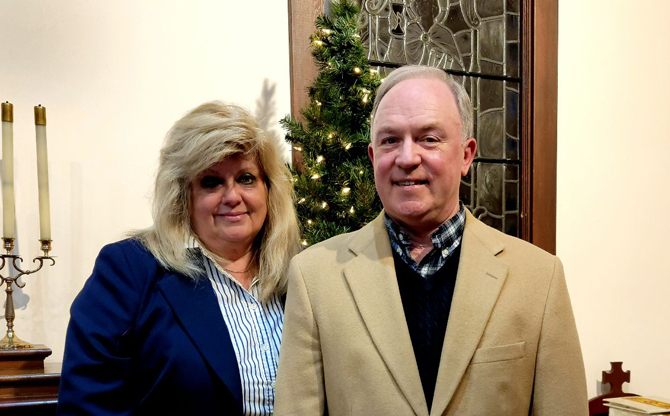 James grew up in the Scranton area of Pennsylvania, while Mary grew up in Minnesota. Can you believe that she misses the snow?!

They both studied at the Westminster Choir College of Ryder University New Jersey, under the tutelage of Robert Shaw. There, they were introduced by mutual friends and were married one month later, on August 23, in Minnesota. Thirty-six years later, their marriage and partnership in music is stronger than ever.

James and Mary have had a fascinating and adventuresome career. Robert and Caroline Shaw asked them to start and begin a music program at Avon Old Farms (private) School for boys in Connecticut. While there, they developed and taught vocals, instrumental, musical theater, and choral groups. They loved the variety of genres and, by themselves, built the music program from the ground up. When asked if they preferred a particular music genre to work in, they both said no: “Music is music and wonderful in whatever form.”

James and Mary spent 30 years teaching in private schools (mainly boys), and some public schools, but have always had church jobs on the side. They say it’s a nice contrast to work with adults in the evenings in an entirely different environment and set of music.

Some career highlights and fun facts:

James and Mary moved to Florida three years ago to be closer to family. They both work for St. Andrew’s School in Boca Raton and have a dog named, Bernie.

When asked who inspired them the most throughout their career, the immediate response was “Robert Shaw”. They became close personal friends with Mr. Shaw, his wife, and children.

James and Mary also still hear from many of their former students’ whom they inspired in their own right.

A bit about Robert Shaw… 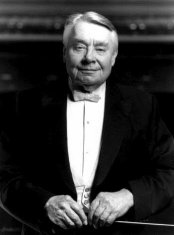 In his long career, which spanned six decades and four cities, Robert Shaw transformed choral conducting into an art and nearly single-handedly raised its standards to a new level.

For more than half a century he set the standard of excellence for choral music, enjoying a status of patriarch of vocal musical interpretation in the USA.”Robert Shaw is without doubt the leading choral conductor in the United States,” Isaac Stern said. “He is a practicing and acknowledged master of an art that he teaches with passion and commitment.”